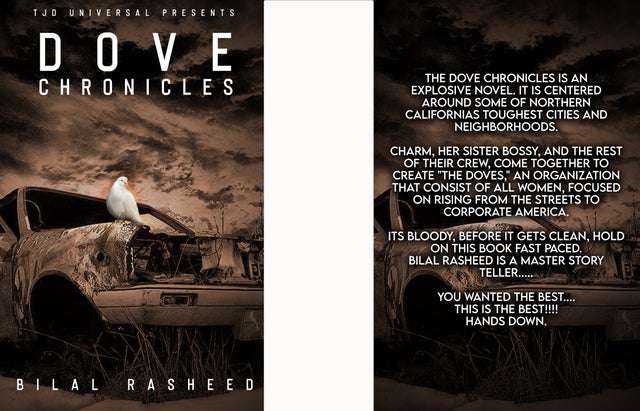 The Dove Chronicles is suspense-driven, urban thriller filled with adventurous twists and turns about personal pain, toil, struggle, come-up and the perils of street politics.It chronicles the lives of women who are forced to live in the belly of some of Northern California's darkest neighborhoods. The story reads like an action movie, and the characters flow right off the pages. Charm's version of female supremacy ignites the flame of an infernos fire that may never be put out. Every decision has a consequence, but; sometimes that consequence strokes a brush of bloodshed, romance, hard bids, life or death, crime, brutal motives, and more............ in the frame of the game. Bilal Rasheed is a master when it comes to writing powerful stories, he is amongst the best of modern writers. Dove Chronicles stands out above other Urban books....this book is a must read!!!!